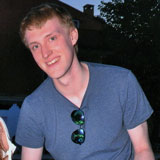 My name is Rob or commonly known online, Robachicken.

I work as a third line support technician for an IT company in Sussex. This site isn’t about me but instead is a collection of stuff I come across in my job and at home.

I mostly work on Microsoft environments but also work with a wide variety of things including but not limited to: VMware, Hyper-V, Windows Servers (Server 2003 – 2019), Exchange, RDS, Citrix, SQL, IIS, Microsoft 365, Asterisk PBX and dabble with Linux servers.

In my own time I run a small CentOS VPS LEMP stack that hosts a few websites, a Plex server and a few other oddities.

Frequently I come across people’s personal blogs which are infinitely many times better than support articles, so I feel this is my chance to document give back to the community.